Larry DeAngelo was literally born into show business. His father, after whom he was named, was lighting director for the theater, film and television, with credits including The Honeymooners, the Milton Berle Show, and Red Skelton. His work on Broadway brought the DeAngelo family into close contact with stars like Burl Ives and Ray Bolger, and his work on the Otto Preminger film The Cardinal served as the inspiration for Judith Carlson-DeAngelo’s The Pecking Order.

Larry continues to carry on this entertainment legacy as a performer, singing standards such as Night and Day and I’ve Got You Under My Skin that bring out the best from the bygone era of the American songbook. 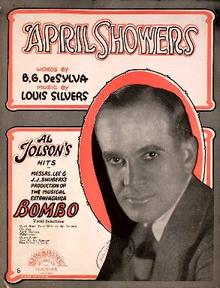 Despite the resurgence of interest in what DJs call the Great American Songbook, one of that songbook’s greatest progenitors has been passed by. Even as pop stars have rushed to market their latest tributes to a musical era before their time, there seems to be a reluctance to touch the music of Al Jolson, arguably the most popular performer of the first half of the last century, and a new generation of listeners is missing out as a result, says the Nashville, TN-based DeAngelo.

“I think it is probably the blackface stuff that has got in the way of a proper recognition for one of the greatest singers ever,“ says DeAngelo, whose own songbook offerings have already been spotlighted in his Night and Day and Everything Happens to Me releases. “But the more I researched it the more I realized how much material of his is out there and how little it’s been covered since Jolson’s death in 1950.”

Born just over 130 years ago in what is now Lithuania, eight year-old Asa Yoelson arrived in the US in 1894. In the ensuing decades, immigrant Al Jolson helped define what it means to be an American. His starring role in 1927’s The Jazz Singer (the first full-length “talkie“) mesmerized audiences of the day and told a story that in many ways mirrored his biography: The jazz-singing blackface-donning son of a struggling Jewish cantor who strikes out on his own to find the American Dream.

“It may be easy to dismiss Al Jolson as an anachronism, but his story is a complicated one and I think it should be compelling in this time of American history, when there is so much obsessing about race and religion and ethnicity and what it means to be an American,” says Entertainment Plus Creations’ Ed Zwirn, a freelance writer whose work has appeared in The Wall Street Journal, The New York Post, CFO Magazine and other leading publications. “More importantly, Jolson left us a treasure trove of material, and I know Larry has the pipes to pull it off.”

“We plan on launching our shoestring production this summer, when Larry will take on April Showers,“ says Zwirn. “Our plan is to release this and other Jolson songs and flesh things out as we get more musicians to lay in tracks, culminating in a blockbuster release in time for Christmas.

Musicians and industry professionals interested in participating can get in touch with Larry at epcastle1@earthlink.net.

If you want to receive updates on the Al Jolson project as they become available, contact Ed Zwirn at EZwirn@msn.com. 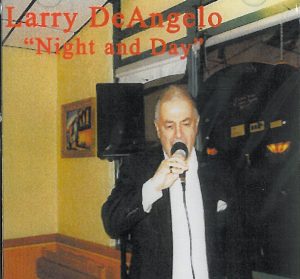 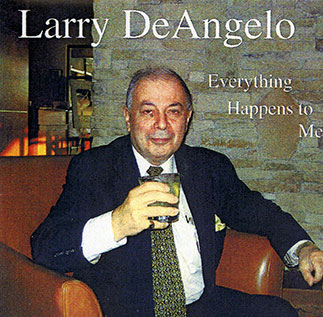 Everything Happens to Me featuring Larry DeAngelo