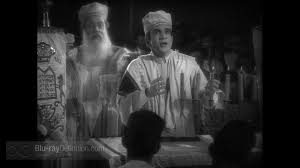 NASHVILLE, TENN, UNITED STATES, October 2, 2016 /EINPresswire.com/ — Central to The Al Jolson Story is the scene in the 1927 “talkie” in which the Jazz Singer leads one of the holiest prayers in the Jewish religion as his cantor father listens from his deathbed across the street from the synagogue.

In this first full-length movie featuring synchronized sound, electrified theatergoers actually got to hear Jolson as he sang melodies like My Gal Sal and Waiting for the Robert E. Lee. Then, as his father lay on his deathbed across the street from the synagogue, the musical mode switches from pop tunes of the day to a 1,300-year standard, as the rebellious Jazz Singer sings the Kol Nidre. “We have our son back,“ are the cantors last words.

To fill out this key musical component of the Al Jolson catalog, The Al Jolson Project has recruited heldentenor Kevin Hanek, who on Sept. 30 recorded his own Kol Nidre accompanied by Kathy Geary on the piano.

Hanek, a seasoned operatic performer based in Upstate New York, has also relished his role as the “goyische upstart” (more formally Cantorial Soloist) in synagogues like Miami’s Temple Judea.

He defines his approach as going for a Kol Nidre with fewer of the vocal embellishments that have crept into the liturgy. “There’s a lot of room in the Kol Nidre for cantillation, passages of melisma,“ Hanek says, referring to the cantorial tendency to kick things up a notch by crowding more and more notes into fewer syllables of text. “I tried to avoid that.”

His experiences singing at packed schuls have also taught him one thing: The High Holy Day crowd is even tougher than season Metropolitan Opera ticket holders.

“Of course, this is all based in tradition and so congregants all know the material whether they know they know it or not, so they know whether it’s the real deal,“ he says.

“I’ve known Kevin for years, and one day after we announced The Al Jolson, I was riding near Callicoon, NY with my opera singing friends, Kevin and Kathy, and I mentioned the Kol Nidre,“ relates Entertainment Plus Creations’ Ed Zwirn, a freelance writer whose work has appeared in The Wall Street Journal, The New York Post, CFO Magazine and other leading publications. “Kevin, who is a hard one to keep from singing in any event, immediately sang it to me in the car, much to my astonishment.”

“It’s really exciting to me that we are getting The Al Jolson Project off the ground in a way that incorporates talented musicians from all musical backgrounds,“ says Entertainment Plus Creations’ Larry DeAngelo, who last month released his version of April Showers as part of the project. “I’m glad to be getting help from Kevin and Kathy on this.”

To download or listen to Kevin Hanek and Kathy Geary performing Kol Nidre, go to: