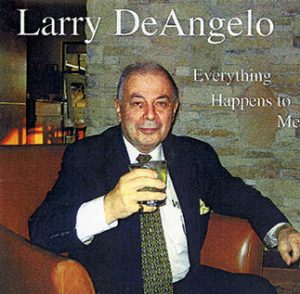 Larry DeAngelo – Everything Happens to Me

Larry DeAngelo sings “Everything Happens to Me” (1940), a pop standard written by Tom Adair and Matt Dennis. It was first recorded by the Tommy Dorsey Orchestra featuring Frank Sinatra. Unusually, the song focused on Sinatra’s vocal, with no trombone solo by Dorsey. Years later, Sinatra rerecorded the song with the Hollywood String Quartet; this version was featured on his 1957 album Close to You.