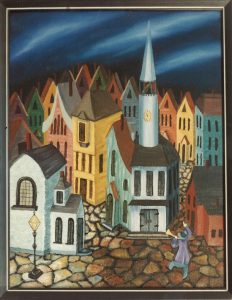 Toot Your Own Horn By Judith Carlson-DeAngelo

A song composed by George Gershwin with lyrics by Ira Gershwin and Gus Kahn, it was introduced in 1929 by Ruby Keeler in Florenz Ziegfeld’s musical Show Girl. The stage performances were accompanied by the Duke Ellington Orchestra. On the show’s opening night, Keeler’s husband Al Jolson suddenly stood up from his seat in the third row and sang a chorus of the song, much to the surprise of the audience and Gershwin himself. Jolson later recorded the song, and his rendition rose to number nine on the charts.

In the latest installment of the Entertainment Plus Creations Al Jolson Project, Larry DeAngelo sings this somewhat lesser-known gem from the Jolson legacy. You can listen to this just-released Liza by clicking here (where you can download for $0.99 or listen for free by scrolling to the bottom).

For more information about the Al Jolson Project:

You Ain’t Seen Nothin’ Yet: The Al Jolson Project

Join Ed Zwirn and a panel of local experts as they discuss trends and issues affecting the media today. Tuesday, Oct. 12 from 7-8 p.m. ET on WJFF Radio, Jeffersonville, NY. The call-in number is (845) 482-4141. You can listen to the broadcast at 90.5 FM or check it out online at http://www.wjffradio.org/wjff/index.php?section=1.

with Ed Zwirn in New York and Barbara Barkhausen in Sydney

OTTAWA – Auto-components researchers are developing the use of grasses such as hemp or flax to make tough but lightweight bioplastics that also help reduce a vehicle’s carbon footprint by using a renewable resource. END_OF_DOCUMENT_TOKEN_TO_BE_REPLACED