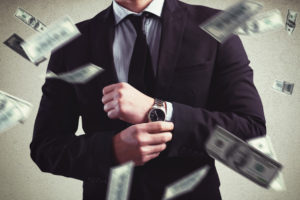 When is paying the boss too much, too much?

There is mounting public concern over the rapid growth in compensation of those in the top spot at companies compared with that of the average worker. END_OF_DOCUMENT_TOKEN_TO_BE_REPLACED

Despite the superabundance of data companies already disclose, institutional investors are looking for more. END_OF_DOCUMENT_TOKEN_TO_BE_REPLACED

The English-language original appeared in the July 2015 issue of CFO Magazine. The SEC’s proposed disclosure rules have drawn criticism from proponents and opponents alike.

Nearly five years after the Dodd-Frank Wall Street Reform and Consumer Protection Act of 2010 was signed into law, the Securities and Exchange Commission has entered the final stretch of the rulemaking required of it under the act.

The agency is drafting new provisions regarding executive compensation disclosure, and like previously implemented Dodd-Frank rules — such as those involving whistleblowers, derivatives, conflict minerals, and proprietary trading by banks — the new provisions have generated much controversy.

According to a proposal released by the SEC for comment in April, companies will be required to disclose the relationship between executive pay and performance, starting with 2016 annual schedule 14A and schedule 14C proxy and solicitation statements issued prior to shareholder meetings… Continue reading